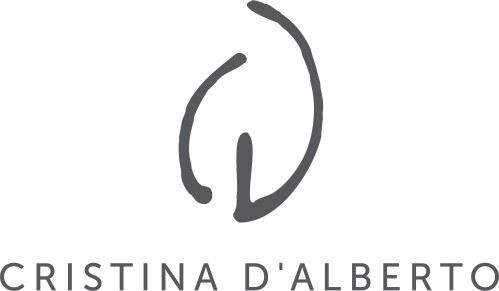 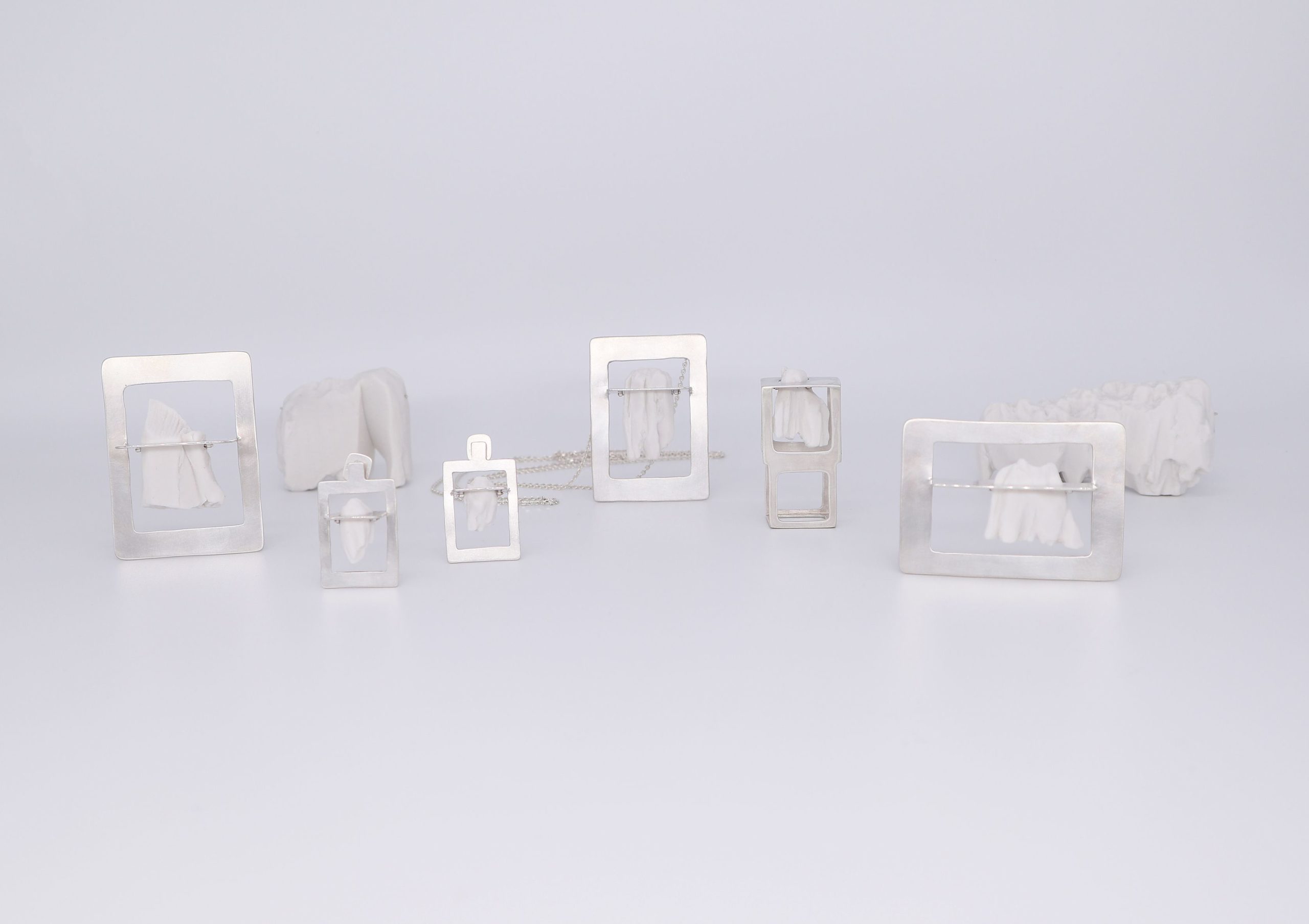 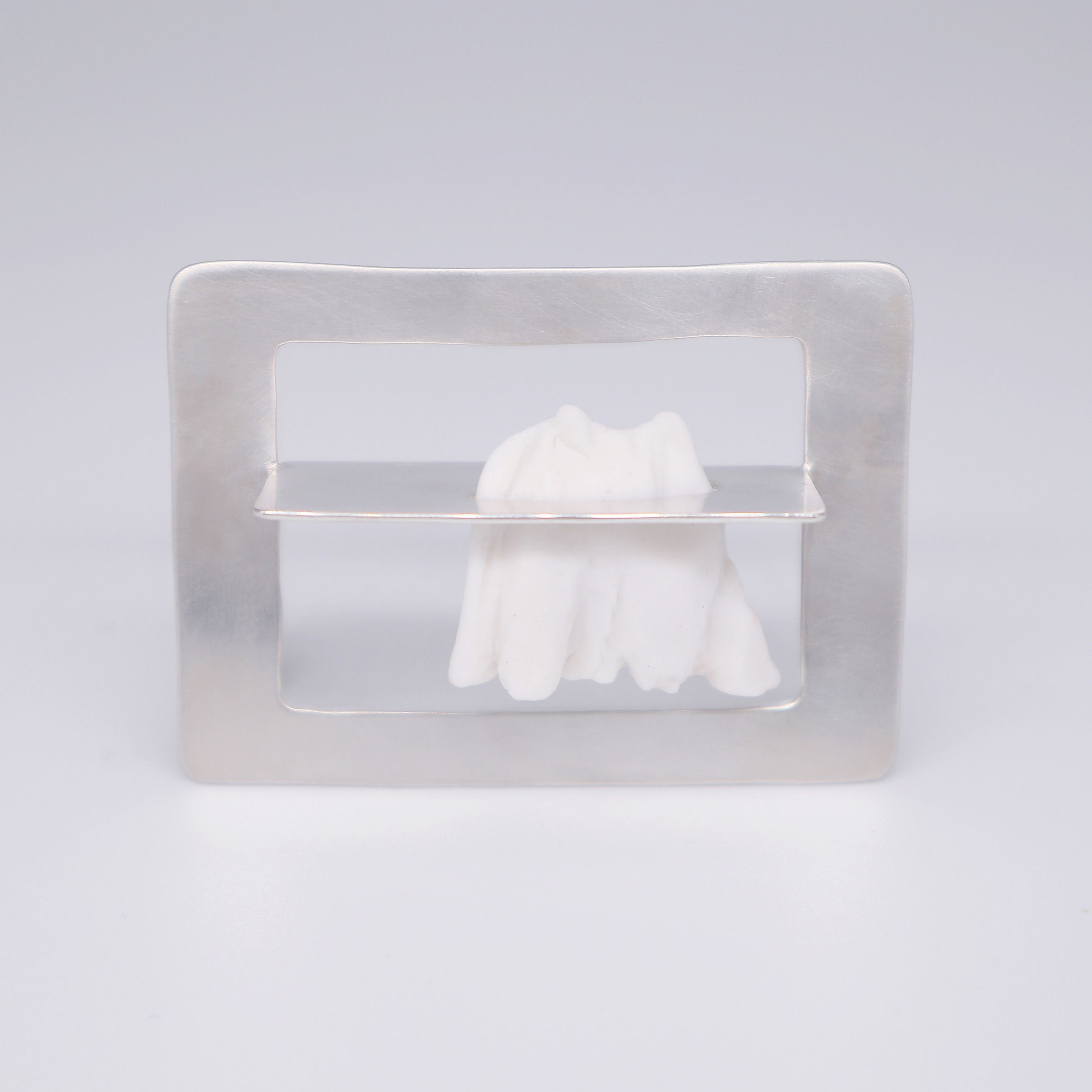 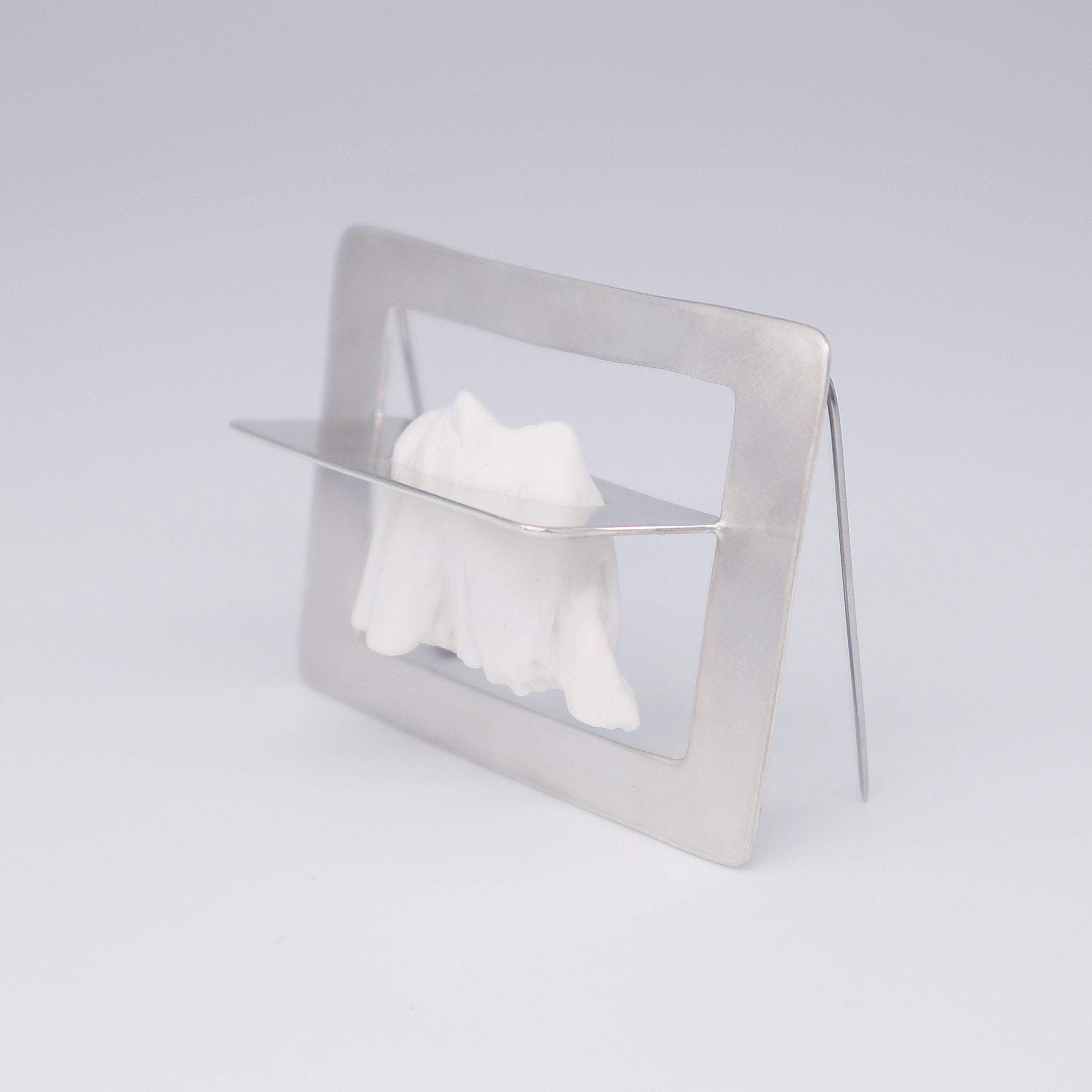 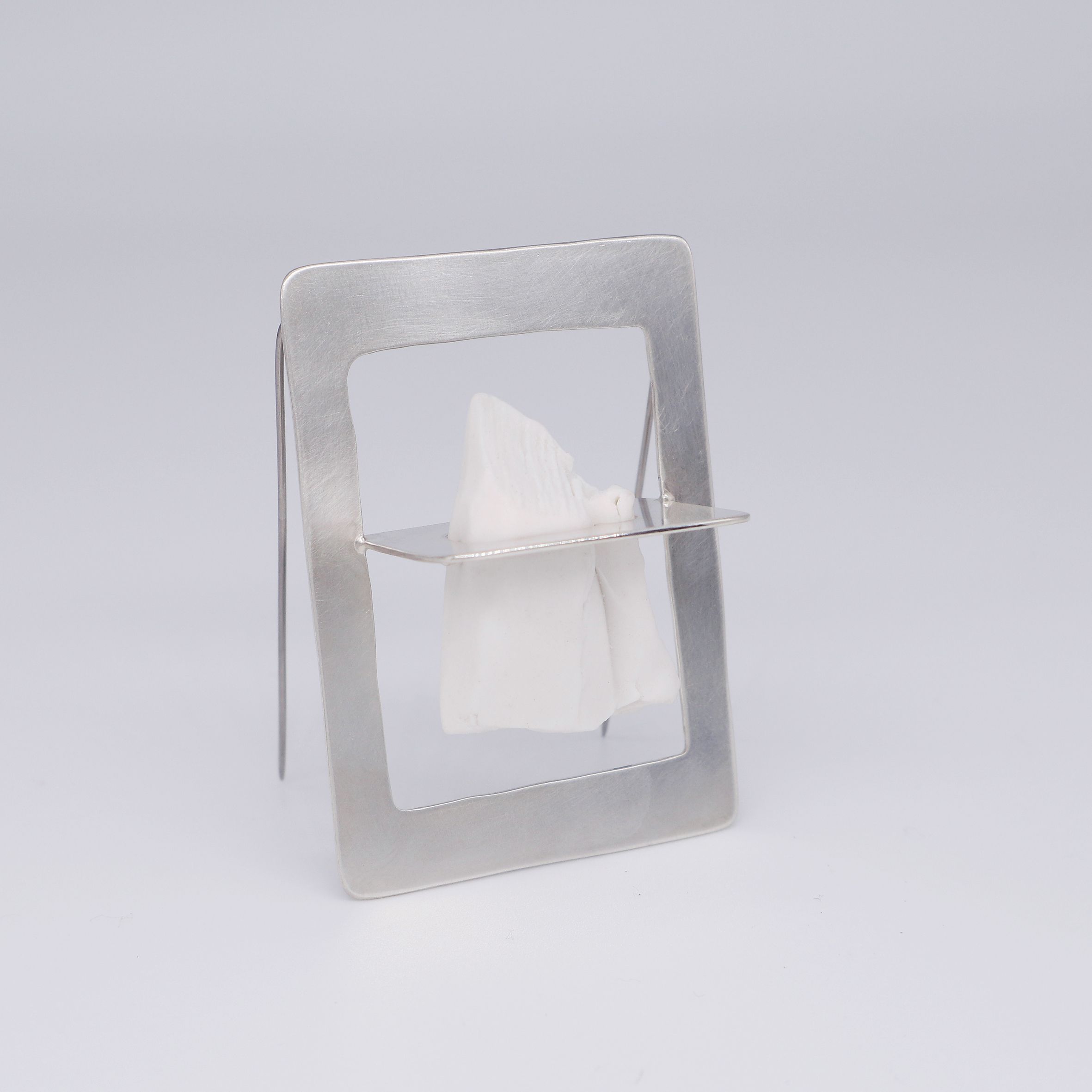 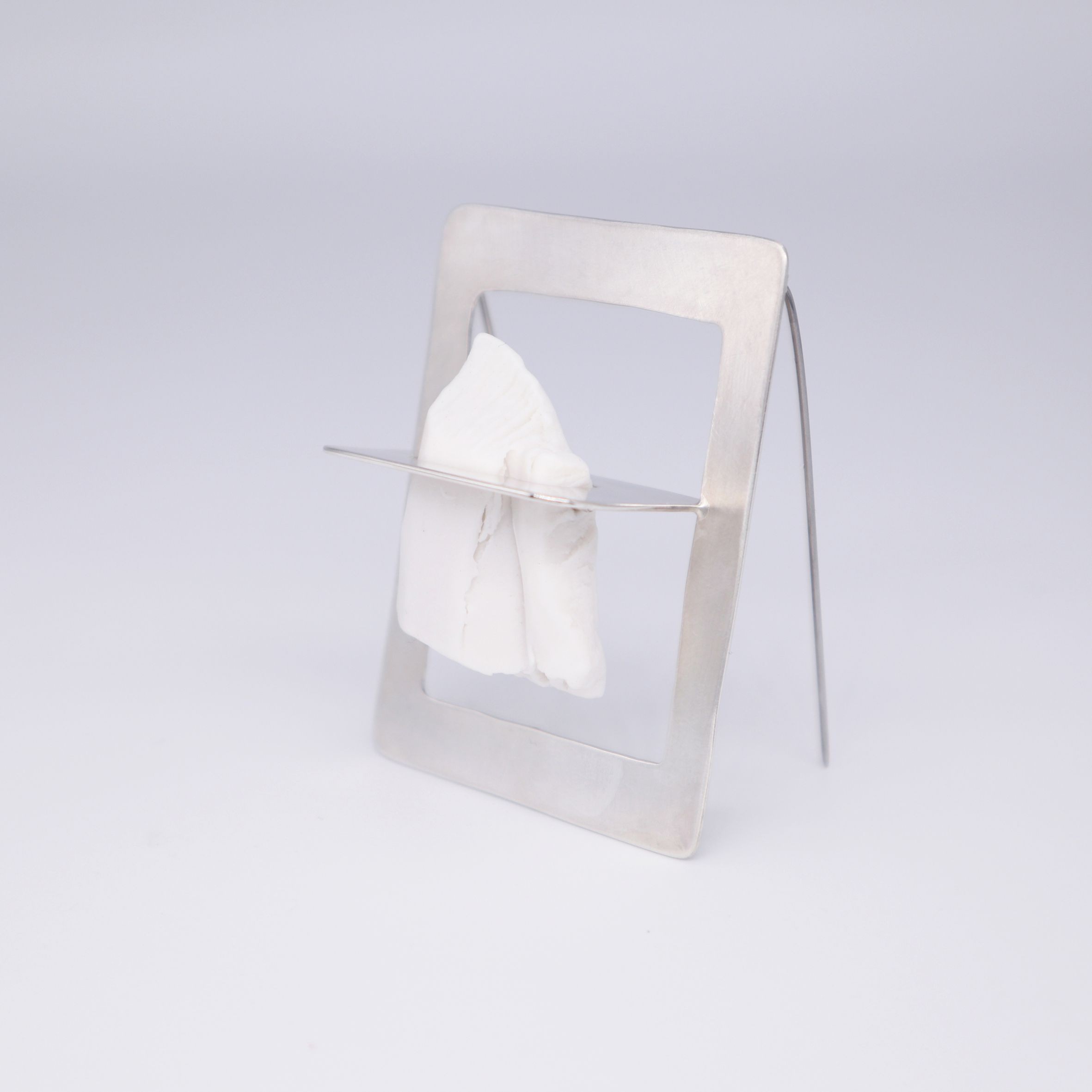 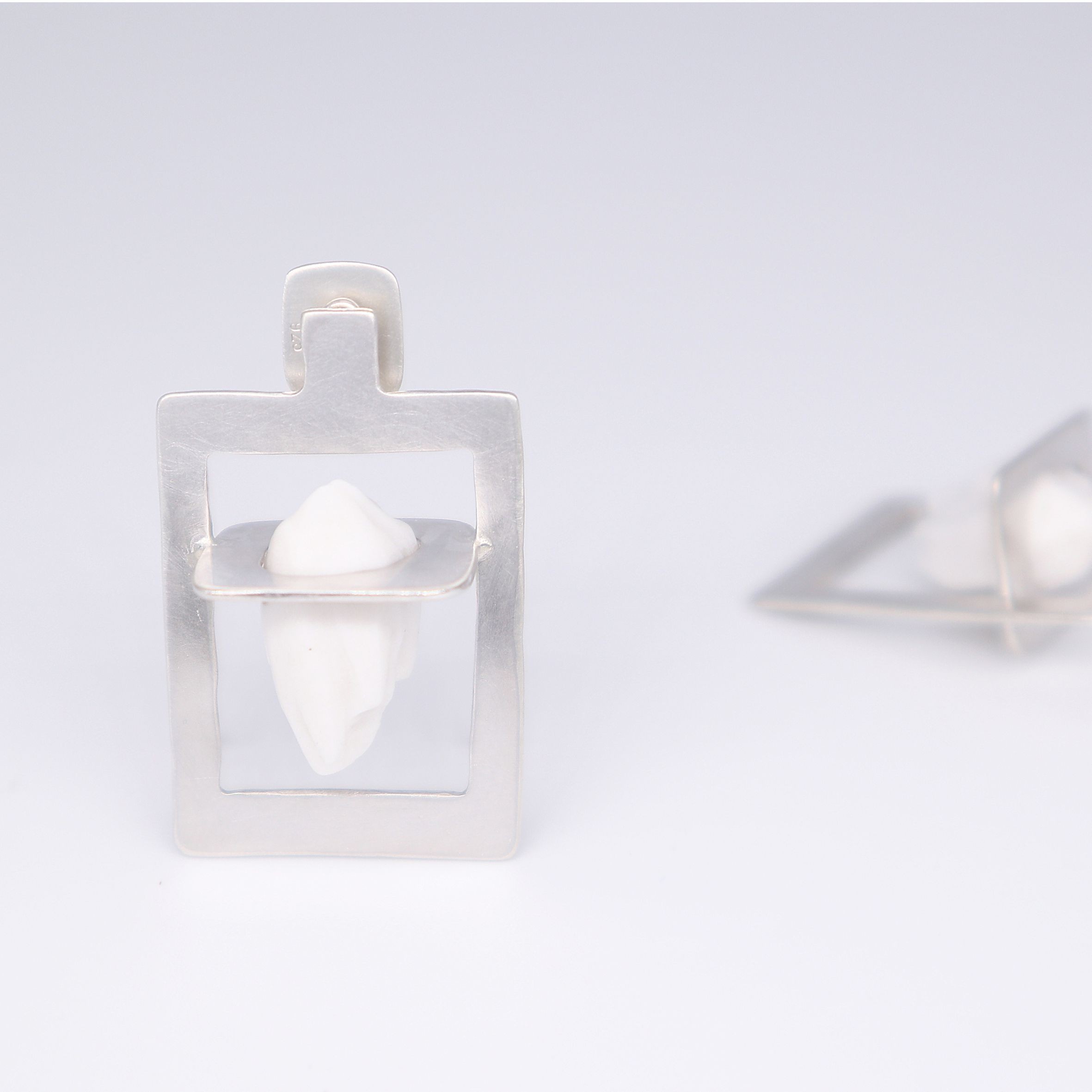 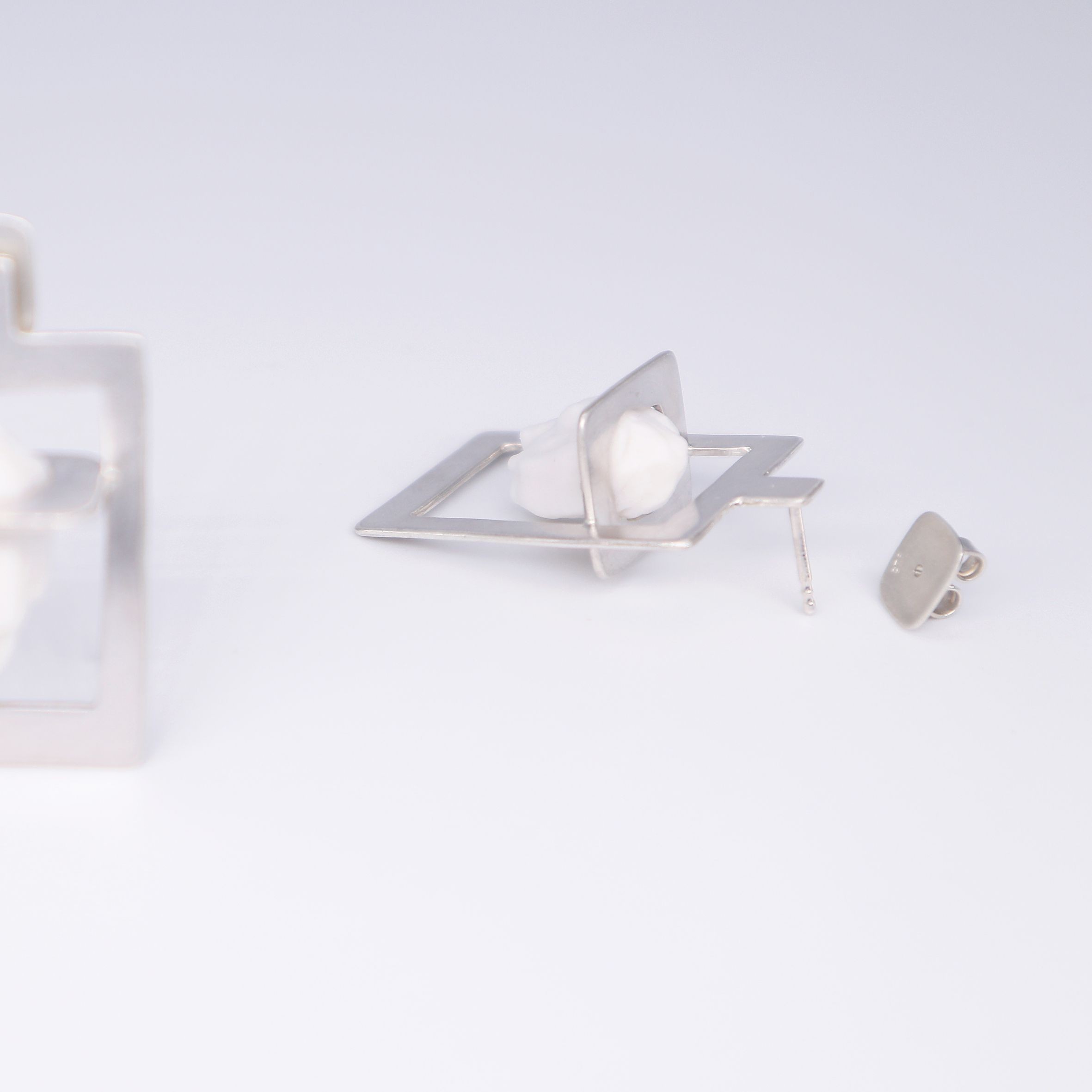 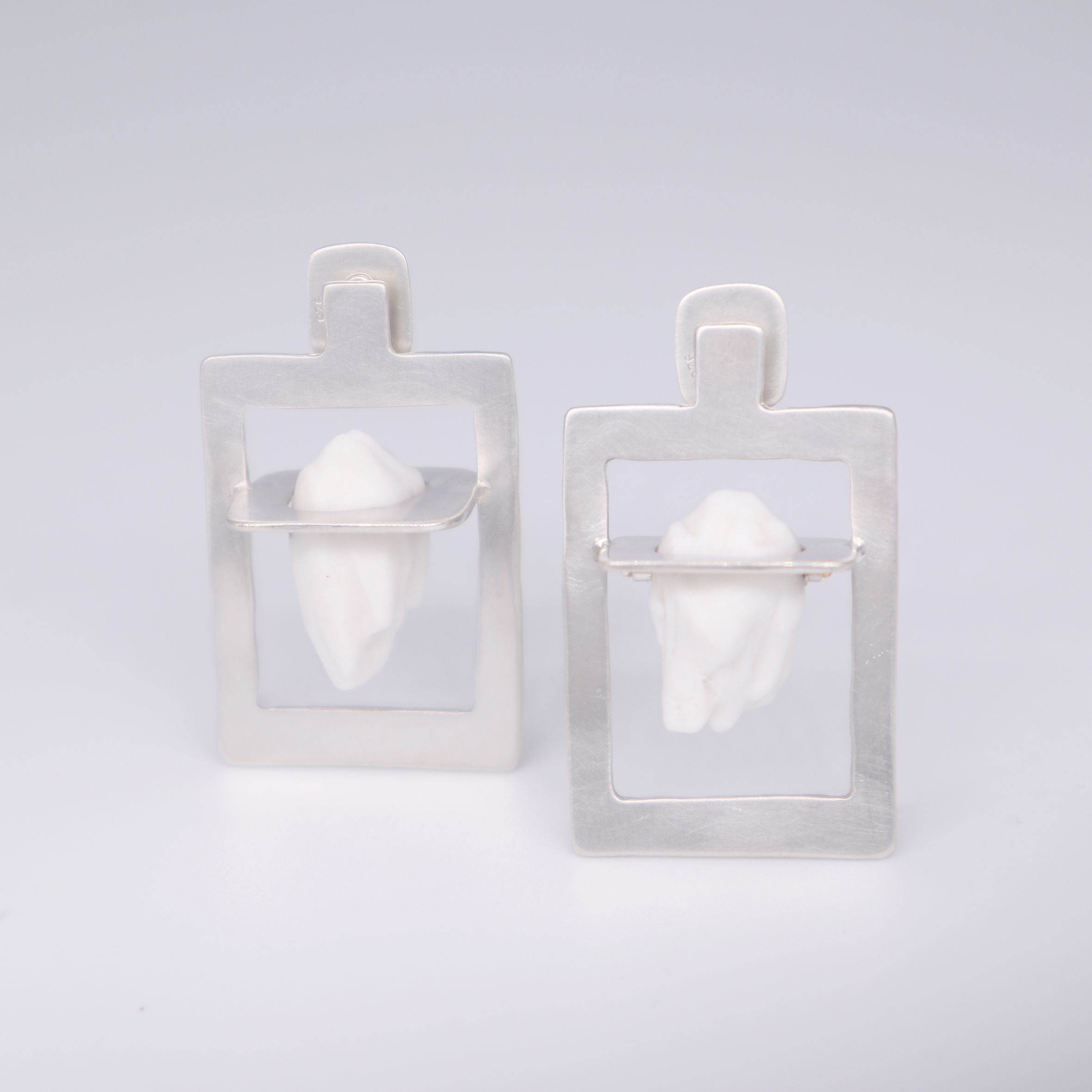 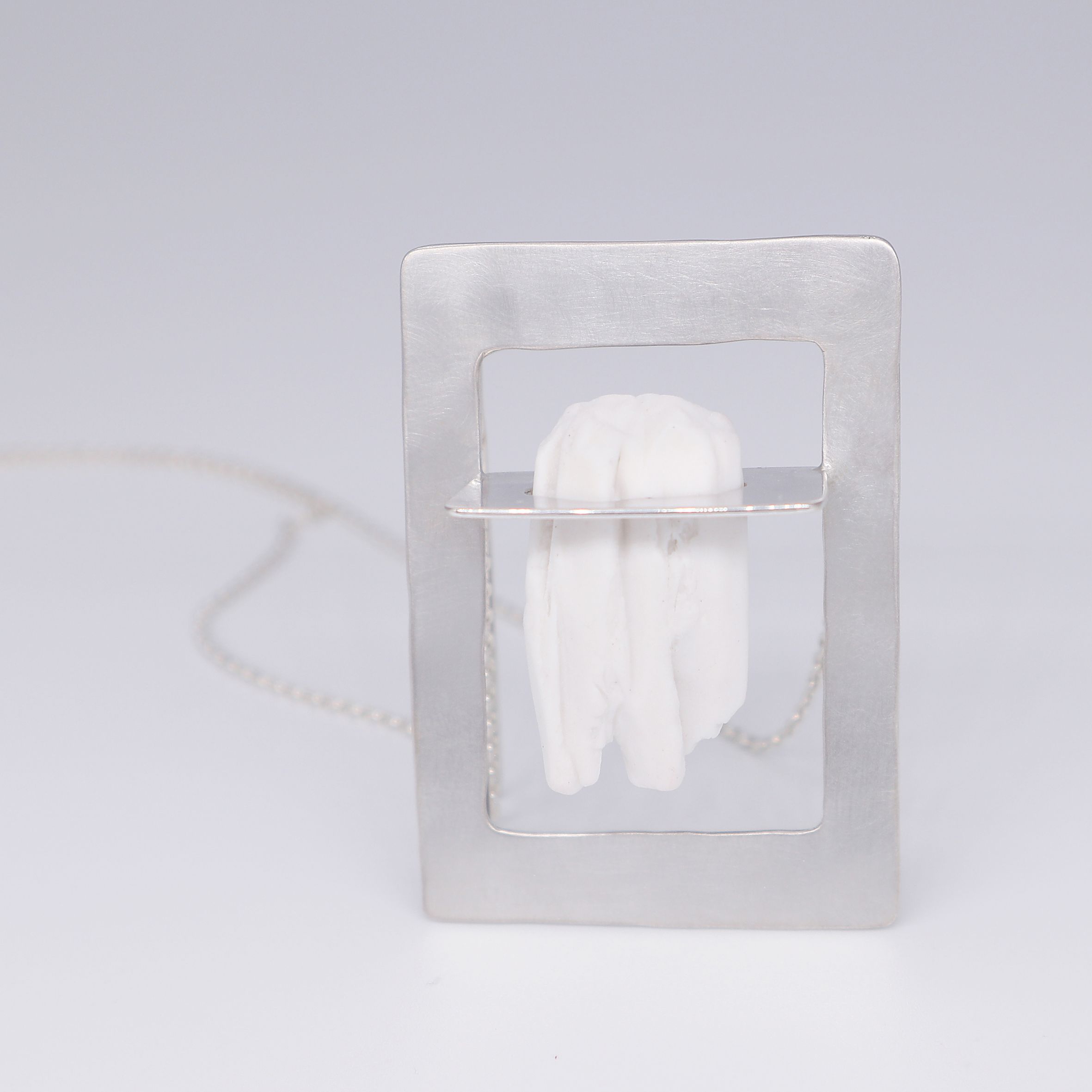 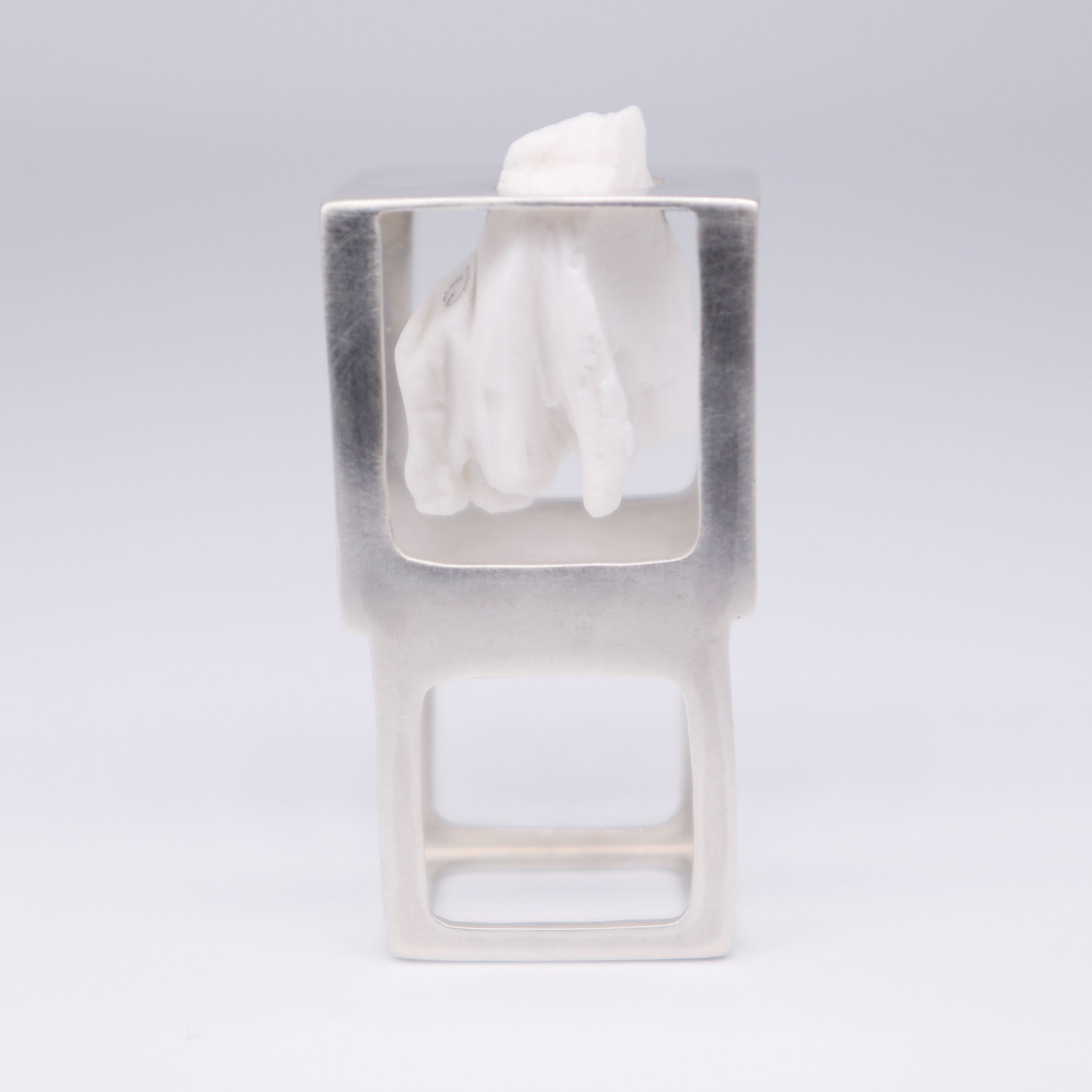 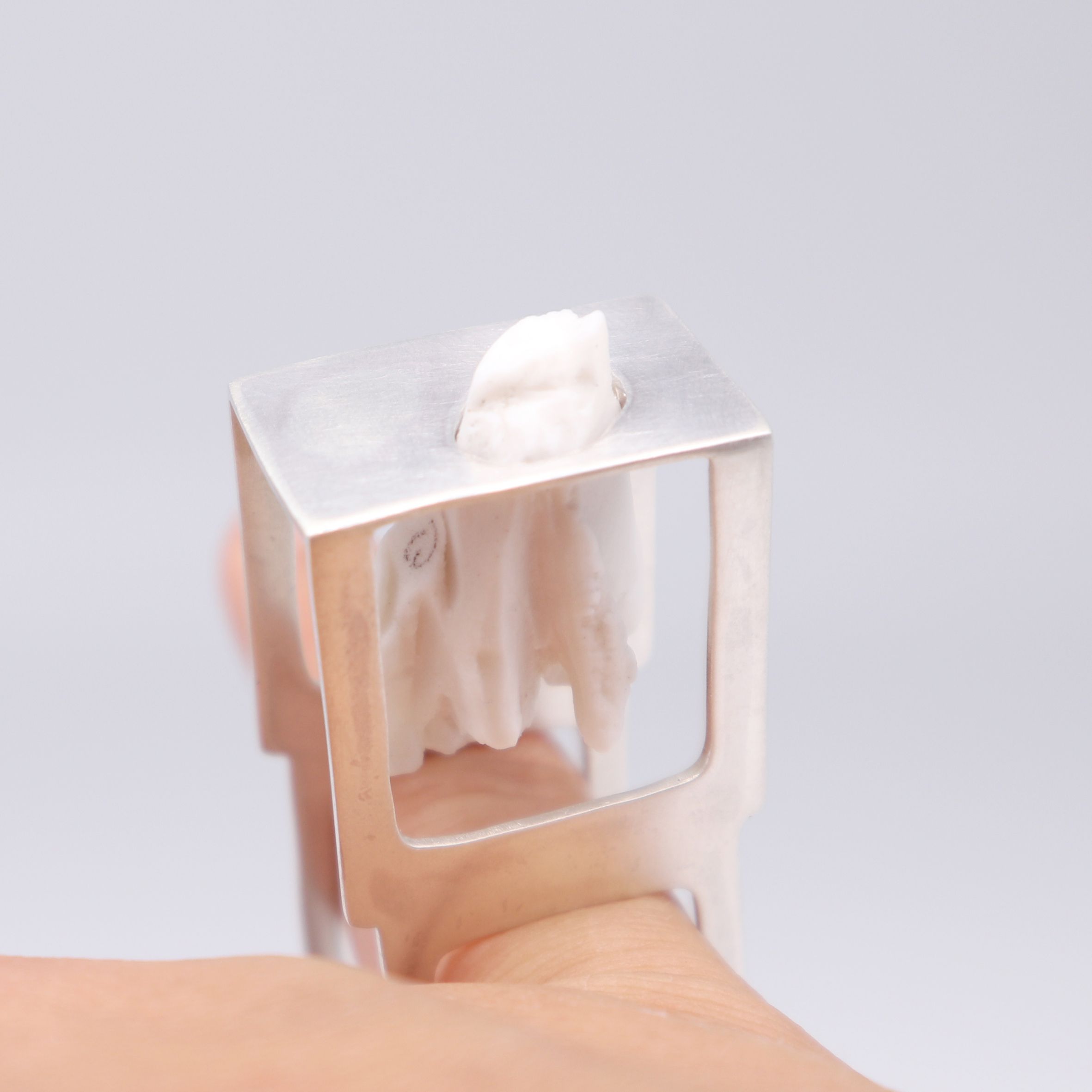 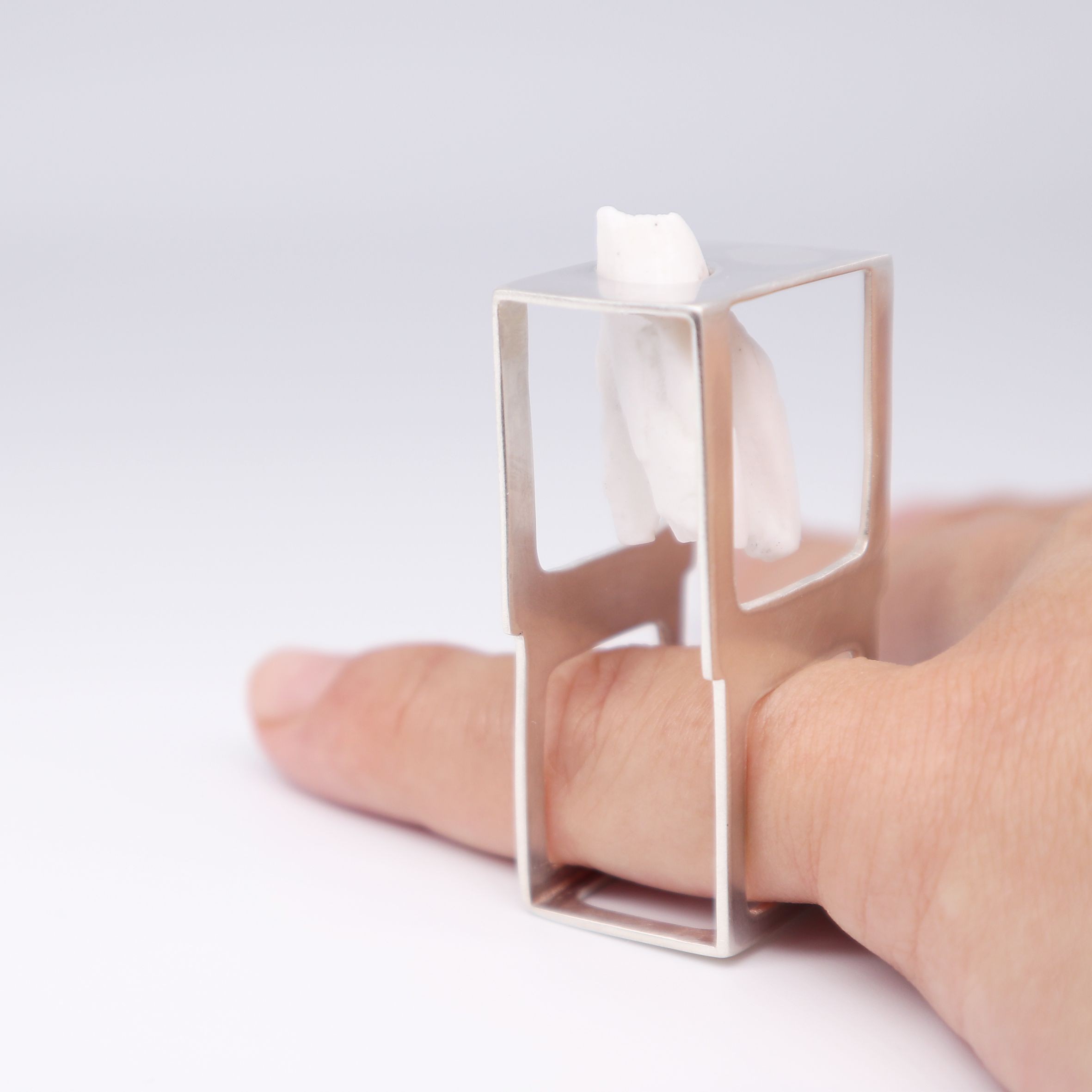 This new collection is called, Hyōzan. In Japanese that means, iceberg. I was inspired by Haiku poetry, a short poem that conceals a sublime meaning that is difficult to grasp if one remains on the surface.

The Iceberg shows only a small part above the sea while most are hidden under the water. Even the Haiku conceals its meaning in the deepness of ourselves and it is precisely there that we must go to understand its message.

Haiku has very strict composition rules. Strict like the lines of a frame in which we can put a section of the world, small enough to be observed and understood:

An attempt to orientate ourself within the cosmic vastness that slips away from us, but where we must go in order to try to comprehend it.

The preciousness of the Haiku is the same that can be found in a daily gesture, in the empty space between things and in breaks.

With this collection I wanted to create objects to remind us that it is precisely in the voids, where time expands and folds into the infinite,that we can savor grace and enjoy the simple things of life.